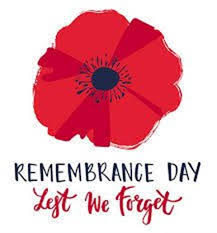 Remembrance Day falls on the 11th of November each year.

On the 11th hour on the 11th day of the 11th month, a minutes’ silence is observed and dedicated to those soldiers who died fighting to protect the nation.

In Australia and other allied countries, including New Zealand, Canada and the United States, 11 November became known as Armistice Day – a day to remember those who died in World War One. The day continues to be commemorated in allied countries.